Old Poetry To End A Decade On: Dumped

Funny how times change and it feels so good to never be the same. ~Faith

DUMPED
My dead relationship came back to life last night for the third or so time. It clawed through dirt, hoisted itself out, looked about then asked for directions to the nearest reservoir.

My dead relationship was thirsty see?

Limbs rotted, pale and dusky hued, lofty lights of all I Ever Wanted sheered bright thru
Unearthing doubts and dripping clods of fearful clout my dead relationship rose from the grave ready and able

It tried to approach about the nearest train timetable
It had me to see, discourse to commence
Intercourse to submit to, even though this time it "really, really wanted to"

We fell to our knees last night, begged to please and hoped to love me.
As I paused to admire the cold and beautifully bony façade I reconsidered death; indeed the last, Last breath.

But all I can think of? Cold and future nights out at sea, this poor dead body and me.
By Unknown at December 21, 2009

happiness is self-motivated too

It felt powerful to speak, to agree with others that my life indeed had been a flaming horrible fucked up mess but I was better now, seemed stable and actually was. Enough to hold up a life, strong enough to carry a job; firm and rooted enough to want to. Still, wish I had said something louder and more often about my own dark times before I knew a person whose death was self motivated.

Kudos to whoever came up with that one, folks are like “We need a better name for suicide, how about self-motivated death?” What a good way to look committed in the end. To help us feel better perhaps, though as callous as it is to discuss a life lived and ended, suicide remains a self motivated act. It is a decision. Wrong or right, it's motivated by a self. Today, we had a good LA Bi Center event and took a moment to light some candles in front of a picture of T, a valued member who killed himself almost 2 weeks ago. Only a few weeks after we had planned today’s party with him taking the notes, even though he said he wouldn’t be making the event. T ‘s minutes usually got emailed after our meetings, and we forgot who was supposed to do what, or bring what and it was kind of funny because we'd been so focused on operating tactics and leadership, the seemingly "important" stuff. Then T was dead and there were no minutes, written or otherwise from him.

Today we planned a bit for the upcoming year, after taking a moment to pass around literature about mental health/suicide resources and share a bit. I felt a powerful grace being able to share the utter despair I had seen and blinked furious tears past. How come I forgot to talk more targeted and specific, how come I’ve not been writing the sad and only focusing on the funny, why did I not ever aim for both? Even the Wii agrees, my balance sucks. I wish I had said something more to the weird funny guy who always seemed out of place with the out of placers. The guy who brought me a bumper sticker, “Sorry I missed church I was practicing Witchcraft and becoming a Lesbian!” The guy whose stories I looked forward to, a person I hoped to get to know better. But not so much.

As we met and mixed this rainy afternoon, the candles burned the wax down. Then the candles lit afire and I smiled and giggled at the flames. Turns out you don’t toss water on a candle fire! After the smoke, coughing and giant ball of fire, we were exhilarated and so excited, TO BE ALIVE. And...I could swear I heard T’s lil belly laugh that was one part snarky and one part adorable. Candles out and his framed photo remained pristine, a snapshot in front of ancient ruins on a recent trip where he had told me...”I was so happy there, it changed my life and now I am so happy; I just want to be there all the time but I can't”. At the time I felt selfish for not wanting him to move, 'cause I thought he was really cool and quite frankly the most enjoyable member of the LA Bisexual community...so I just went, “Well, it's always nice to have a favorite place to visit right”? Unfortunately, you just can't visit suicide.

Email ThisBlogThis!Share to TwitterShare to FacebookShare to Pinterest
Labels: evidence of goddess grace, faith is personality, rest in peace, writing 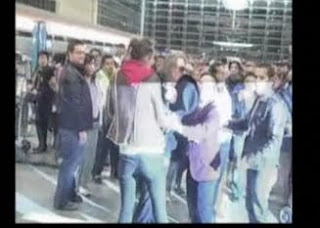 So Axl Rose, is still a hero of free speech to me. It's nice to see him out and about...exercising his rights/pushing the paps back.
Celebrity Video | TMZ.com

This post is brought to you by The Blues, 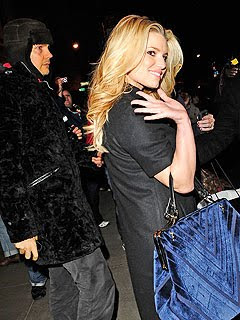 This is cool tho, I bet Billy Corgan is much sweeter than any of the other folks she's dated. I hope it works!
By Unknown at December 10, 2009