Elton John is set to executive produce a comedy pilot for ABC.

Him and Us
revolves around an over-the-hill rock star, his manager and his entourage. Cindy Chupack, a former executive producer of HBO's Sex and the City, is writing the script. - national enquirer
By Unknown at October 31, 2005

tho ricky martin and nate were guests of oprah on oct 10th eh? the day before national coming out day?

WHICH swishy pop star who won't admit he's gay is dating a well-known interior designer? The decorator is recovering from his previous boyfriend's tragic death, while the pop star is equally despondent about his ailing career . . .(Lance Bass and Nate Berkus?)- NY Post Page Six
By Unknown at October 31, 2005

Aristocrats +
THIS filthy movie "The Aristocrats"? Which starred everyone from Penn Jillette of Penn & Teller to Robin Williams? Which was so dirty that some patrons walked out and some theaters wouldn't even run it? Well, guess what? Those who are running Hollywood — running it into the ground — are now sanctioning a sequel. They figured the first one was too tame. Another's coming down that'll make "The Aristocrats" look like a hymn sing. Its working title is "The 'F' Word." In it, every single joke's punch line will contain the "F" word. Sweet, right? - Cindy Adams, NY Post
By Unknown at October 31, 2005

Screw annals, we've got the internet!

PUBLIC LIVES; "Cheney Aide Will Eat Horse Guts Before He'll Spill Beans"
New York Times Archive
April 30, 2001, Monday
By ERIC SCHMITT (NYT); National Desk
I. LEWIS LIBBY just will not talk about it. And do not bother asking his friends or colleagues because he has not told them either. He will not say what his initial ''I'' stands for. And Mr. Libby, 50, a lawyer, who is chief of staff and national security...


Which "leak" was really worse? 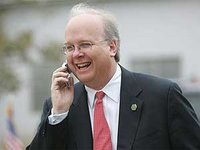 If Libby will lie to avoid spilling the beans, doesn't it make sense that the disclosure of classified material by he or his staff was indeed intentional? Ah, well maybe he didn't disclose anything at all eh?
By Unknown at October 27, 2005

SCHWARZENEGGER is furious. Furious at Bush. Furious GOP fund- raisers have been sanctioned in Arnold's area. Furious because he himself is up for re-election. Furious on account of he wants to cover the state passing the hat. Furious because he his own personal self sent word Washington must stay out of California for now. Furious because the White House as much as showed him he knows what he can do with this hat. The gov is so furious at the prez for invading his territory that he's toying with pickpocketing the Dems. So furious that he's raising the specter of perhaps maybe possibly he's running with the wrong party. It's only a ploy. A carrot. But it's what's being said. And repeated. And now — probably denied. -Cindy Adams, NY Post
By Unknown at October 27, 2005

Alec Baldwin, idiot
ALEC Baldwin's painful hurtful custody fight with ex-wife Kim Basinger over daughter Ireland has been front-page. So how's he coping?
"It's like being diagnosed with cancer. Something I realize I have to live with. But I'm keeping things in perspective. Not letting it consume me and eat me up with anger as it used to. I stopped that when one late night I was on the street so unhappy and filled with rage that, in a fit, I smashed my phone against a lamppost. A black lady walking by said to me, 'Alec Baldwin, you got to get hold of yourself.' So I have."

LOS ANGELES - The Muppets could be coming back to primetime television with a new mission: parodying reality shows.

ABC has ordered a script and five episode outlines for "America's Next Muppet," in which viewers may join in choosing the newest member of the puppet family that includes Kermit and Miss Piggy, a network spokeswoman said Tuesday.
By Unknown at October 27, 2005

Rachel Bilson may be dating Adam Brody, and Zach Braff is still linked to Mandy Moore — but that didn't stop the two from cozying up in a corner all night together at L.A. nightclub The Dime on Oct. 7.

"She was practically sitting in his lap," a source at the club tells Star People. "She kept whispering in his ear, they kept laughing and looked like they were totally into each other." Rachel even did a sexy dance around Zach, as he smiled affectionately. The source says that Zach and Rachel, who were celebrating a friend's birthday party, left at about 1:15 a.m., "side by side."

Nasty catfight when Las Vegas star JOSH DUHAMEL's girlfriend — FERGIE of The Black Eyed Peas — walked onto the set and busted co-star LARA FLYNN BOYLE sitting cozily in her man's lap, studying the script! Screaming at Lara Flynn to get off Josh's lap... NOW!... Fergie went wild, warning her to stay away from her man. Stunned Lara Flynn tried calming the sexy singer — then blew up when Fergie got right in her face! Josh tried unsuccessfully to separate the girls, and security came running — rescuing Lara Flynn from flaming Fergie, who stormed off! Producers warned Josh to keep his Wild Eyed Pea under control... or else.
By Unknown at October 20, 2005

BAD RATINGS FOR ALIAS = VARTAN BACK

Michael Vartan has inked a deal to return to Alias. Jennifer Garner's ex returned to work on the Alias set yesterday, reports TV Guide Online. No word on how long he'll stay.
[He was already gonna do a 3 epi arc, but maybe it'll be more now that Alias's ratings have plum fracking FALLEN]
By Unknown at October 20, 2005

The comic and the cartoon, both written by Aaron McGruder, follows the experiences and reflections of a black family - two kids, Huey and Riley, and their grandfather - who move from the inner city to the lily-white suburbs.

Since 1999, when "Boondocks" first launched in newspapers as a syndicated strip, McGruder's musings on racism, politics and popular culture have frequently drawn fire from critics in all corners - and gotten the comic strip tossed out of some papers. In many cases, it runs on the editorial page instead of with the funnies.

In it, his characters use the N-word frequently ("I think every episode is about racism," says Cartoon Network's Mike Lazzo, the programming executive who oversees Adult Swim), and an episode about searching for love includes Granddad's bizarre fling with a busty 20-year-old prostitute named Krystal, "like the champagne," she coos.

"But Granddad, she's just a lazy ho!" cries Huey to no avail.

"There's no doubt in my mind that some people are going to take offense, but you have look at things in context," says Lazzo. "Aaron has a strong point of view, and we want to support him as an artist. We think he's a voice that is sadly lacking in popular culture in general and television specifically."

Like the comic strip, "Boondocks" resembles Japanese anime and features young Huey Freeman, McGruder's alter ego, who for years has treated readers to a steady diet of indignation, paranoia and hatred.

Huey, whose world view could most easily be described as "black nationalist," is a self-proclaimed practicing member of the "church of self-righteousness."

He opens the pilot episode with a narrative of his recurring dream in which he attends a stodgy garden party for rich, white people and causes a riot when he takes the stage to inform them that: "Jesus was black, Ronald Reagan was the devil and the government is lying about 9/11."

Riley, his younger brother, is a wannabe thug who loves guns, while Granddad is a grouchy cynic. All three represent "different facets of the sort of angry-black-man archetype," McGruder, 31, told a reporter.

"Someone said to me the other day that in some ways this is filling a void that Dave Chappelle left behind," Lazzo says, invoking "Chappelle's Show," Comedy Central's super-hot sketch-comedy program that tackled tough racial issues with a smile. The program burned so brightly last year, its star quit.

Lazzo says that the network has given McGruder almost no limits in terms of content, except sex.

"We let him make the show he wants to make," says Lazzo. "We told him what the company [Turner Broadcasting] said to us: 'You can do what you want as long you make money.' "
By Unknown at October 17, 2005

from the delish ms. walls

Katie Holmes’s dad is said to be very upset because his unmarried
daughter is pregnant with Cruise’s child. And, what’s more, the devoutly
Catholic Martin Holmes reportedly is none-too-thrilled about his
daughter’s involvement in her husband-to-be’s controversial religion,
Scientology.

[Martin Holmes] was very upset and got into a real spat with Katie, the
forthcoming issue of Life & Style Weekly quotes a close friend of Cruise
as saying. Tom had promised her parents that they would do the right
thing and get married before any baby came along. After scolding his
daughter, according to the mag, Martin Holmes berated Cruise by
declaring You’re no good.

He said he and his wife were very upset by the news, according to the
source, and demanded the pair get married quickly.

Furthermore, a member of Christ the King Church, which the Holmes family
belongs to, told L&S that Cruise and Holmes’ publicist, his sister Lee
Anne DeVette, sent a letter to parishioners, asking them not to talk to
reporters. Although a family friend told the mag that the Holmes family
is thrilled by the news of a grandchild, they’re also concerned.

It seemed like Katie was being controlled by Scientologists, the friend
told L&S. Now they wonder if it’s a Rosemary’s Baby situation, where
Katie is being groomed to provide Tom with a child.

DeVette didn’t respond to The Scoop’s repeated requests for comment.

Personally I've met Katie Holmes, about 4-5 years ago at a UCLA screening series led by Curtis Hanson. She was one of the most gracious celebs I've ever met, and she's damn smart too. I'm choosing to believe she's actually in love, and when she decided she might not be...I'd expect we'd hear about that too. Enuf of this whole child bride being held captive by Scientologists, if she wanted out I think she'd go...of course there could be an evil alien inside of her that's keeping her by Tom's side...but that's an entirely different matter altogether!